We Need to Talk About Au Pairs 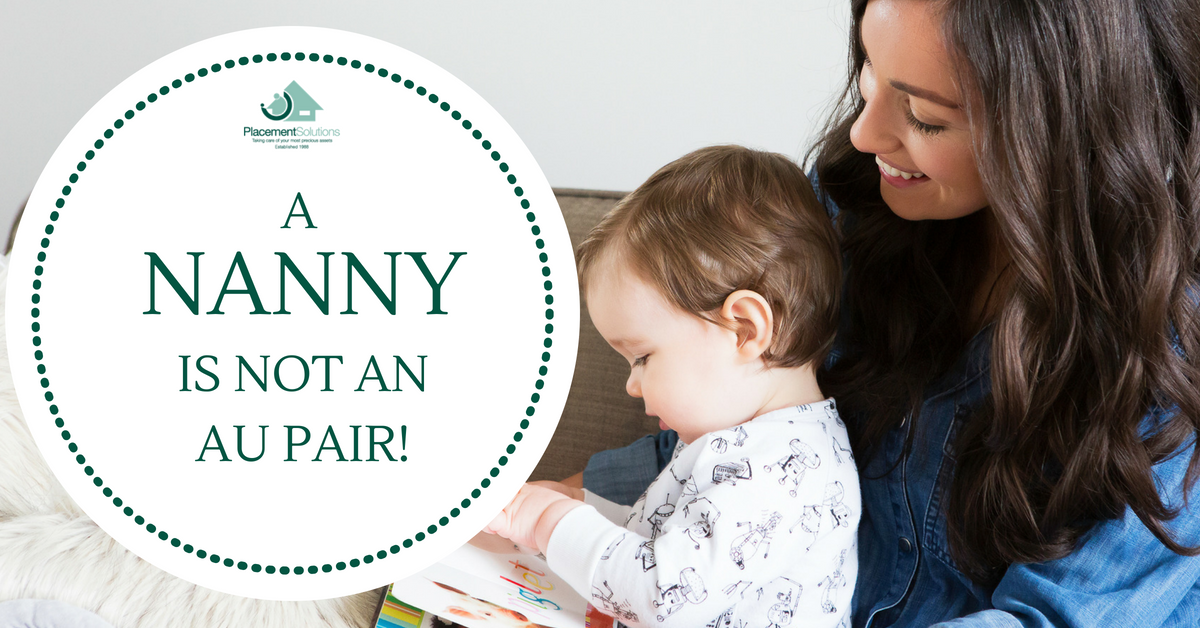 An important distinction to make

If there is one aspect of the in-home care industry that causes more ongoing confusion than anything else, it must be the distinction between au pairs and Nannies. In particular, and of greatest concern to us, is the widespread misconception that hiring an au pair is an effective way of saving money on child care.

An article in a regional Queensland newspaper demonstrates this confusion all too well. The article quotes a local woman who “saves about $100 a week on child care” by using an au pair. It then goes on to describe the upcoming changes to the childcare system and in particular the higher level of rebate that will be available to some people.

Let’s make a couple of things quite clear.

First, the au pair ‘industry’ in Australia is essentially unregulated. Most au pairs are tourists – young travellers in Australia on a Working Holiday or Work & Holiday visa. There is no ‘au pair visa’ as such.

Au pairs are employed based on a ‘cultural exchange’ – not child care. According to the Fair Work Ombudsman, an au pair’s duties may include: assisting parents with child care (but not as sole carers); assisting with general household tasks, not related to children and light household duties related to children, such as folding and tidying up. Au pairs may provide after-school level care to school-age children for 15 to 30 hours a week but should never be left in the sole charge of pre-schoolers. They are essentially ‘big sisters’, not child carers.

Some of the better au pair placement agencies have requirements around child care experience and detailed reference checks, and they require their au pairs to have a police check and/or working with children check in the relevant state. The better agencies also dictate minimum levels of working and living conditions and minimum ‘pocket money’. That said, through the words and images on their websites, all these agencies put a lot more emphasis on au pairs as a form of cheap child care than on the cultural exchange aspect of the role.

Then there are the many – perhaps a majority of – au pairs who are employed via less scrupulous agencies or directly by their employing family. Anecdotally we know that many work more like 40 to 60 hours per week, spend much of their time in sole charge of young children and are required to do significantly more than ‘light household duties’. And as there is little or no oversight of this ‘industry’, au pairs in this situation – most of whom are very young – have little protection and no one to turn to for help. There are risks both ways here: to the children who are being ‘cared’ for by someone who has not been properly vetted, and to the au pair who essentially has no idea who she is working for. Unfortunately, there have been a number of ugly situations globally in which au pairs have been harmed or worse.

What I can never understand is why parents who hire au pairs – particularly in the latter group – in order to save money on childcare are so willing to compromise their children’s safety and well-being by leaving an unqualified, inexperienced au pair in charge.

Hopefully, readers of this post will understand that all of this has nothing to do with the government funding of child care. Government support for in-home care, both now and under the new scheme, is only available through accredited agencies providing professional in-home educators (aka Nannies). Government support is never available for the employment of an au pair.

As an interesting side note to this discussion, a federal judge in the US granted in February more than 90,000 au pairs the opportunity to act as a class in a long-running lawsuit against 15 au pair agencies. The suit alleges the agencies have conspired to keep wages low in the US-government authorised au pair ‘cultural exchange’ program. Should this case run its course and end with au pairs getting a better deal, I suspect it will reverberate around the world.

The whole notion of using au pairs as a way to save money on childcare needs to be extinguished.

A win for au pairs in this American case would be a big first step.

Of course, the Au Pair scheme exists for a reason, and when taken advantage of properly and regulated, an Au Pair scheme can work wonderfully and benefit both the families and the young travellers looking for an experience in another country. There are lots of au pair schemes that work well and effectively, but people must be aware of their obligations and responsibilities before being so quick to use this ‘option’ as a Band-Aid solution to long-term child care.